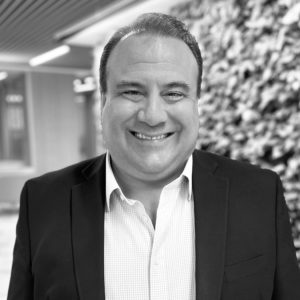 Michael Petrucelli is a widely-recognized expert in immigration and travel policy, having served as Deputy Director and Acting Director of U.S. Citizenship and Immigration Services (USCIS) in the U.S. Department of Homeland Security; leading more than 18,000 employees and managing a budget of over $3 billion. He is also an industry leader in the automation of the immigration application process, and is the inventor of record for U.S. Patent 8,244,659 and U.S. Patent application 13/507,680.

Mr. Petrucelli is also intimately familiar with the United States’ international trade markets and government export assistance programs. He served as Senior Vice President for Operations and Chief of Staff at the Export-Import Bank of the United States. In that role, he designed, implemented, and monitored quantitative performance measures for the Bank’s operational divisions and coordinated activities among and across operational divisions in support of Bank-wide performance goals. His experience in international trade is buttressed through his terms as Executive Director of the U.S.-Thailand Business Council and as Director for Thailand, Burma, and Financial Services at the U.S.-ASEAN Business Council. As a Foreign Service Officer with the U.S. Department of State, Mr. Petrucelli was assigned to the U.S. Embassy in Bangkok, Thailand, the Bureau of Intelligence and Research in Washington, D.C., and the U.S. Consulate General in the Netherlands Antilles.

Mr. Petrucelli holds a master’s degree in business administration from Goizueta Business School, Emory University, and studied international business at Nijenrode University in the Netherlands. He also holds a bachelor’s degree in political science from Trinity College in Hartford, Connecticut.