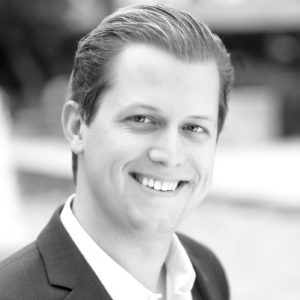 Jay Wilson is a Senior Director on the Digital team at Rational 360, where he leads digital campaigns for a diverse range of political and corporate clients.

Before joining Rational 360, he led campaigns for Governor and U.S. Senate, and served as Statewide Director of the Republican redistricting organization in Arizona. As a result of the organization’s hard work, the redistricting commission drew fair districts where the GOP won 6 of 9 Congressional seats – a gain of 2 seats – and secured majorities in the state legislature.

Prior to that, he worked for Lincoln Strategy Group as a Digital Strategist where he ran fully integrated digital campaigns for high-ranking political candidates and major trade organizations.

Jay is a California native and earned his undergraduate degree in Business Management from California State University, Long Beach in 2014.