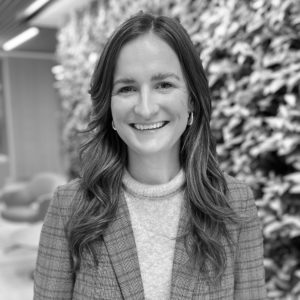 Abigail Sheppard is a Director at Rational 360 with an extensive background in strategic communications in both the public and private sector.

Before Rational, Abigail supported the Cybersecurity and Infrastructure Security Agency (CISA) as a Communications Associate with ICF Next. There, Abigail crafted strategic messaging for the Director to further the agency’s stance as the nation’s leader in cyber defense. During her time with ICF Next, Abigail completed her graduate studies at Georgetown University, where she received her master’s degree in Public Relations and Corporate Communications.

Prior to graduate school, Abigail was Communications Director for Congressman Filemon Vela (D-TX). Abigail crafted messaging around the Congressman’s legislative priorities, including homeland security, agriculture, and bilateral relations between the United States and Mexico. Additionally, Abigail developed strong working relationships with local and national press to help strengthen the Congressman’s media presence. When not busy on Capitol Hill, Abigail volunteered for then-Congressman Beto O’Rourke’s election race for the U.S. Senate.

Originally from South Texas, Abigail received her bachelor’s degree from Trinity University in San Antonio and took advantage of the University’s vast study abroad opportunities to study in Iceland, Australia, and London.